From digital publishing to news stories generated by algorithms, technology is playing an increasingly important role in journalism. In the HCIL, our members are exploring the role data analytics and information visualization can play in our understanding of current events and the stories we tell about them.

One HCIL member who is especially interested in these issues is Dr. Nicholas Diakopoulos, a Tow Fellow and an Assistant Professor in the Philip Merrill College of Journalism. His research touches on the areas of algorithmic accountability, narrative data visualization, and social computing in the news.

For Diakopoulos, algorithmic accountability represents a vital area of computational journalism. As we rely more and more on automation, from autocomplete in our favorite search engines to the selection of ads we see online, the algorithms that make such automation possible become increasingly influential. The algorithms that develop these results should be easily understood by the average user, Diakopoulos believes, and his work seeks to elucidate the algorithms by which many of us live our lives. 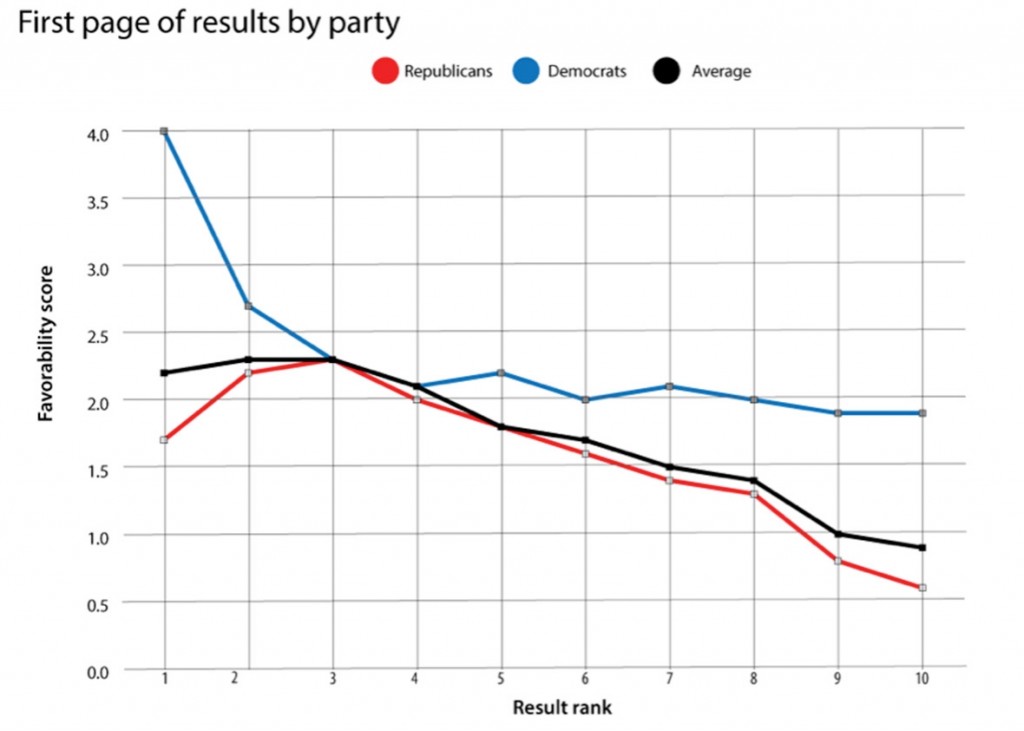 Recently, he has been investigating the surge pricing practices of the rideshare company Uber. His findings suggest that, contrary to Uber’s claims that their practices encourage more drivers to get on the road, surge pricing may only redistribute drivers who are already working. Making this data accessible and transparent, he says, can be “of great value to consumers,” who deserve to be informed about price patterns that may not work in their best interests.

Transparency of this kind is not only important to consumers, either. Voters, too, benefit from a greater understanding of the algorithmic underpinnings of commonly-used resources, such as search engine bias. Writing in Slate recently, Diakopoulos and his colleagues in the College of Journalism explained the complex, “organic” process that leads Google results to favor Democratic presidential candidates over Republicans.

.@jelpernw In case you’re interested, here’s an anecdote from the article’s comments: pic.twitter.com/anjv3LXH6A

This kind of bias can have significant consequences, and understanding how search results are arrived at is crucial to voters’ ability to evaluate the information they encounter. As Diakopoulos and his colleagues put it, “The public needs to be more aware of search engine bias when getting political information, and Google itself needs to acknowledge its power.”

Diakopoulos is also interested in the role of social computing in journalism. In collaboration with fellow HCIL faculty member Dr. Niklas Elmqvist, Diakopoulos developed CommentIQ. Supported by a Knight Foundation Prototype Grant, the project examined behavior of New York Times online commenters in order to help newsroom moderators identify and promote high-quality, constructive comments. Diakopoulos would like to demonstrate to publishers that “investing in comments is in their best interest”, both from a financial standpoint and as a way of modeling intelligent, civil behavior online. News media  outlets have proved receptive, with newspapers such as the Wall Street Journal and the Washington Post participating in the project.

Most recently, Diakopoulos launched a Twitter bot that selects anecdotes from the comments section of New York Times articles. The account, @AnecbotalNYT, uses CommentIQ to curate excerpts of commenters’ opinions and personal narratives. The bot helps to cut through the often noisy and, at times, discourteous discourse of the online comments section in order to highlight insightful or interesting responses.

Diakoplous’ work in computational journalism and algorithmic accountability exemplifies the unique perspective of the HCIL and its members. In his research, he is exploring not only what technology can accomplish, but how those accomplishments affect the public.