Dr. Ben Shneiderman  has been named a 2015 Fellow of the National Academy of Inventors. 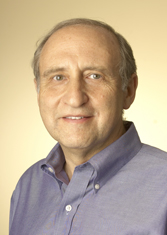 Shneiderman, a Distinguished University Professor in Computer Science with a joint appointment in UMIACS, is the founding director of the Human-Computer Interaction Lab. He was elected as a Fellow of the Association for Computing (ACM) in 1997 and a Fellow of the American Association for the Advancement of Science (AAAS) in 2001. He also received the ACM SIGCHI Lifetime Achievement Award in 2001.

To this impressive list of honors, Shneiderman now adds Fellow of the National Academy of Inventors. This honor recognizes Shneiderman’s substantial contribution to the field, including over 25 disclosures to the University of Maryland’s Office of Technology Commercialization, more than 20 of which have been licensed, yielding more than $600,000. Among those are EventFlow and treemap, projects developed in collaboration with his long-time colleague in the HCIL, Catherine Plaisant.

The National Academy of Inventors currently recognizes 582 inventors from 190 universities, government and non-profit organizations, with the aim of celebrating academic inventors who “have demonstrated a highly prolific spirit of innovation in creating or facilitating outstanding inventions that have made a tangible impact on quality of life, economic development, and welfare of society.”